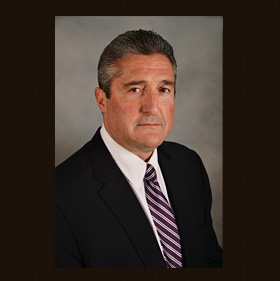 Richard G. Kaufman is a founding member of Seiden & Kaufman and has practiced exclusively personal injury law since 1986. He graduated Hofstra University School of Law in 1984 with Moot Court Honors. Upon graduation, Richard G. Kaufman was hired by the Appellate Division, Second Department of New York to represent and protect the rights of patients confined to psychiatric hospitals in Nassau and Suffolk Counties.

In 1986, Richard G. Kaufman was hired as an associate in a metropolitan area personal injury law firm. Within weeks of his hiring, he successfully tried his first case for a client, a woman who had suffered injuries in an elevator accident. Since that time, he has successfully tried cases in the five boroughs and Long Island and Westchester Counties.

Richard G. Kaufman is admitted to practice law in all New York State Courts and the Eastern and Southern Districts of the United States District Courts.

Richard G. Kaufman is a past President of the Long Island Chapter of the Leukemia and Lymphoma Society of America and has raised more than $1 million for patients suffering from blood-related cancers. He has also raised money for the Police Benevolent Association of the New York State Troopers Widows and Orphans Fund, and the Multiple Sclerosis Society of America.