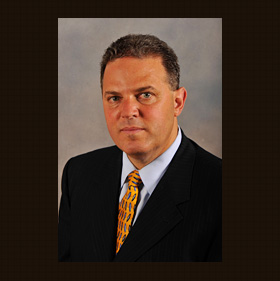 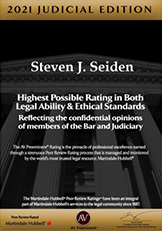 Steven J. Seiden is a founding member of Seiden & Kaufman and has practiced exclusively personal injury law for more than thirty-three years. Mr. Seiden has recovered millions of dollars for injured victims of accidents and surviving family members in wrongful death actions.

Mr. Seiden began working for a personal injury law firm immediately after he graduated from law school in 1984. Over the next few years, through his daily presence in the Supreme Court in Brooklyn, Mr. Seiden gained invaluable courtroom experience and developed a reputation as a powerful advocate. Consequently, while Mr. Seiden was still an associate at the law firm, a constant stream of clients specifically requested his representation.

In 1988, Seiden & Kaufman was formed when Mr. Seiden joined forces with Richard G. Kaufman, another associate at the firm.

Mr. Seiden has successfully handled thousands of cases in the New York State Courts, Federal Courts, and Court of Claims arising from all types of motor vehicle accidents, premises accidents, and construction accidents.

For eighteen consecutive years, Mr. Seiden has received the prestigious AV-Preeminent 5.0 rating from Martindale Hubbell, awarded to only seven percent of attorneys in the United States. This rating is the result of confidential evaluations by other plaintiffs’ attorneys, defense attorneys, and members of the judiciary. The AV-Preeminent rating is the highest rating possible for professional legal ability and ethical standards.

Mr. Seiden has received the highest 10.0 Superb rating from Avvo, and has also been recognized as a Super Lawyer by the Super Lawyers rating service and patented selection process. According to the Super Lawyers publication, only outstanding lawyers who have attained a high-degree of peer recognition and professional achievement are included in this preeminent list, which is limited to the top 5% of attorneys in the state.

Mr. Seiden is a member of The National Trial Lawyers: Top 100, an invitation-only organization composed of the premier lawyers from each state. Selection is based on a thorough multi-phase process with membership extended only to the select few of the most qualified attorneys from each state who demonstrate superior qualifications, leadership skills, and results.

He has also repeatedly been named as one of the Top Rated Lawyers in the New York area by New York Magazine, as a Top Legal Eagle on Long Island by Pulse Magazine, and as a Top Rated Attorney in the Legal Leaders editions of The Wall Street Journal, The New York Law Journal, and Newsday.